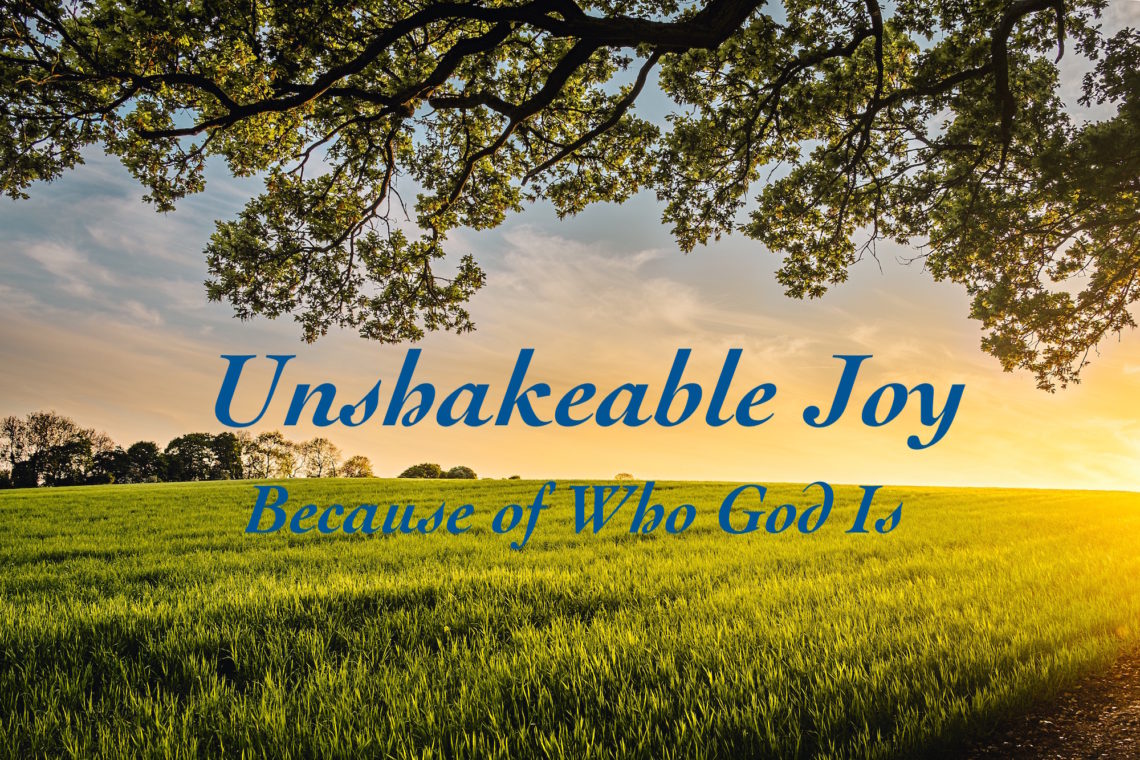 The devotional that follows, as well as other posts in this series, originally were written for and appeared as anonymous publications in the bulletins of a local church. Considering the joy (no pun intended) which resulted from the composition of this series, and the limited audience to which these articles were initially exposed, it seemed appropriate to finally share them here, with this dear readership.

The sovereignty of God over all things is a crucial part of the foundation of the Christian’s unshakeable joy. That God has ordained everything that comes to pass, and that He is working all things together according to His perfect will and for the good of His own children (Rom 8:28) offers the greatest element of comfort for the believer.

Yet the character and nature of God run deeper than even His unfathomable sovereignty. It is the culmination of the entirety of His magnificent attributes that provides the full foundation of our trust and hope in Him.

Consider briefly the following attributes of our Lord:

Jesus Christ is the same yesterday and today and forever. (Heb 13:8)

Every good thing given and every perfect gift is from above, coming down from the Father of lights, with whom there is no variation or shifting shadow. (Jas 1:17)

Once God has spoken;
Twice I have heard this:
That power belongs to God; (Psalm 62:11)

And He is the radiance of His glory and the exact representation of His nature, and upholds all things by the word of His power. When He had made purification of sins, He sat down at the right hand of the Majesty on high. (Heb 1:3)

The LORD’S lovingkindnesses indeed never cease,
For His compassions never fail.
They are new every morning;
Great is Your faithfulness. (Lam 3:22-23)

If we are faithless, He remains faithful, for He cannot deny Himself. (2 Tim 2:13)

But now apart from the Law the righteousness of God has been manifested, being witnessed by the Law and the Prophets, even the righteousness of God through faith in Jesus Christ for all those who believe; for there is no distinction; for all have sinned and fall short of the glory of God, 24 being justified as a gift by His grace through the redemption which is in Christ Jesus…(Romans 3:21-24)

For by grace you have been saved through faith; and that not of yourselves, it is the gift of God; not as a result of works, so that no one may boast. (Eph 2:8-9)

Give thanks to the LORD, for He is good,
For His lovingkindness is everlasting. (Ps 136:1)

The LORD is slow to anger and abundant in lovingkindness, forgiving iniquity and transgression; but He will by no means clear the guilty, visiting the iniquity of the fathers on the children to the third and the fourth generations. (Num 14:18)

The Lord is not slow about His promise, as some count slowness, but is patient toward you, not wishing for any to perish but for all to come to repentance. (2 Pet 3:9)

The LORD is gracious and merciful;
Slow to anger and great in lovingkindness.
The LORD is good to all,
And His mercies are over all His works. (Ps 145:8-9)

What shall we say then? There is no injustice with God, is there? May it never be! For He says to Moses, “I WILL HAVE MERCY ON WHOM I HAVE MERCY, AND I WILL HAVE COMPASSION ON WHOM I HAVE COMPASSION.” So then it does not depend on the man who wills or the man who runs, but on God who has mercy. For the Scripture says to Pharaoh, “FOR THIS VERY PURPOSE I RAISED YOU UP, TO DEMONSTRATE MY POWER IN YOU, AND THAT MY NAME MIGHT BE PROCLAIMED THROUGHOUT THE WHOLE EARTH.” So then He has mercy on whom He desires, and He hardens whom He desires. (Rom 9:14-18)

If I should say, “My foot has slipped,”
Your lovingkindness, O LORD, will hold me up.
When my anxious thoughts multiply within me,
Your consolations delight my soul. (Ps 94:18-19; cf. Ps 136)

ut now apart from the Law the righteousness of God has been manifested, being witnessed by the Law and the Prophets, even the righteousness of God through faith in Jesus Christ for all those who believe; for there is no distinction; for all have sinned and fall short of the glory of God, being justified as a gift by His grace through the redemption which is in Christ Jesus; whom God displayed publicly as a propitiation in His blood through faith. This was to demonstrate His righteousness, because in the forbearance of God He passed over the sins previously committed; 26 for the demonstration, I say, of His righteousness at the present time, so that He would be just and the justifier of the one who has faith in Jesus. (Rom 3:21-26)

Never take your own revenge, beloved, but leave room for the wrath of God, for it is written, “VENGEANCE IS MINE, I WILL REPAY,” says the Lord. (Rom 12:19)

Then I saw a great white throne and Him who sat upon it, from whose presence earth and heaven fled away, and no place was found for them. And I saw the dead, the great and the small, standing before the throne, and books were opened; and another book was opened, which is the book of life; and the dead were judged from the things which were written in the books, according to their deeds. And the sea gave up the dead which were in it, and death and Hades gave up the dead which were in them; and they were judged, every one of them according to their deeds. Then death and Hades were thrown into the lake of fire. This is the second death, the lake of fire. And if anyone’s name was not found written in the book of life, he was thrown into the lake of fire. (Rev 20:11-15)

And one called out to another and said,
“Holy, Holy, Holy, is the LORD of hosts,
The whole earth is full of His glory.” (Is 6:3)

And the four living creatures, each one of them having six wings, are full of eyes around and within; and day and night they do not cease to say, “HOLY, HOLY, HOLY is THE LORD GOD, THE ALMIGHTY, WHO WAS AND WHO IS AND WHO IS TO COME.” (Rev 4:8; cf. Rev 15:3-4)

Dear Christian, pause to meditate upon the truth of God’s character and nature and to consider who He is. If you do, you will find that there is no cause for anxiety, grumbling, or discontent, no matter the nature of your circumstances. Consider this great, eternal, thrice-holy God whom you serve. Consider all that He has created and ordained from before the foundation of the world. Consider His merciful, forgiving, generous grace, by which He has promised eternal life to those who repent and believe upon the Lord Jesus Christ. Finally, consider the blessings that await those who belong to Christ! 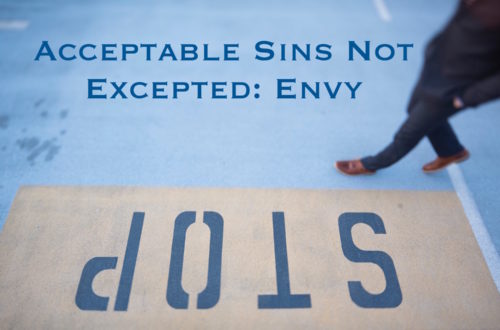 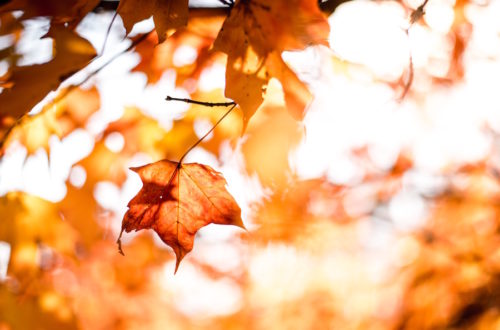 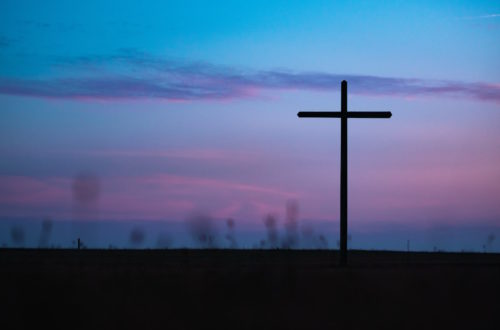