While the world celebrates death with skeletons, ghosts, and goblins on October 31, the Church remembers the formal start of the Protestant Reformation. Begun by Martin Luther, a hammer, and his 95 Theses, men like Luther, Zwingli, Calvin, and many, many others would go on to challenge the heresies and abominations of the Roman Catholic Church. Their defense and weapon? The pure Word of God. May we be encouraged, challenged, and inspired by their fidelity and boldness, and, should we see God’s Word abused, may we never cower, capitulate, or fail to speak, knowing that we stand upon a firm foundation of Truth.

By the sixteenth century, God had uniquely positioned and prepared the Western world for what would come to be known as the Protestant Reformation. Closing out the Middle Ages and ushering in the beginning of modernity, the Reformation has been called the greatest event in history, next to the introduction of Christianity.1 Not only was the church, which at this time was the Roman Catholic Church, in dire need of reform, but at this point in history, even the secular world sat poised for a new beginning.

Exploration was expanding, trade was increasing and the middle class was gaining ground. Educational opportunities were increasing and, by God’s great grace, Johannes Gutenberg’s invention of the printing press allowed for a far greater dissemination of ideas. The Renaissance was at its peak and, in the midst of all this, God chose to raise up several well educated, godly, strong-willed, Christ-centered and Scripture-focused men.

Among these men was an Augustinian monk named Martin Luther. On October 31, 1517, Luther nailed to the door of the Castle Church in Wittenberg, Germany his 95 Theses against the Roman Catholic practice of selling indulgences. With this swing of a mallet, Martin Luther launched the Reformation.2

Who was Martin Luther?

Martin Luther would come to be the leader of the Reformation in Germany. His life began, however, with a very different focus.

Born on November 10, 1483 in Eisleben, Germany, Luther was raised under the stringent rules of the Roman Catholic Church. His father desired for him to become a lawyer, and Martin pursued this goal until an unexpected brush with death in July 1505. Caught in a wicked thunderstorm, Luther was plunged to the ground when lightning struck nearby. Crying out for mercy to the Catholic patroness of miners, St. Anna, Luther vowed to become a monk if he survived. He persevered through the storm, and thus two weeks later entered an Augustinian monastery.

During his time in the monastery, Luther found himself plagued with a drive to find himself acceptable before God through his own works. By his own admission, he “tortured” himself “with prayer, fasting, vigils and freezing; the frost alone might have killed me…What else did I seek by doing this but God, who was supposed to note my strict observance of the monastic order and my austere life? I constantly walked in a dream and lived in real idolatry, for I did not believe in Christ: I regarded Him only as a severe and terrible Judge portrayed as seated on a rainbow.”3

In short, Martin Luther was striving to earn his salvation through works of his own. In 1507, he was ordained to the priesthood. In 1510, God began to open his eyes as to the lies and corruption of the Roman Catholic Church. Sent to Rome, he climbed the Scala Sancta, or “Holy Stairs,” of which it was said that God would forgive the sins of those who climbed the stairs on their knees. Doing so, Luther reached the top and realized that there was no evidence that such claims were true, and despite sore knees, he felt no closer to God.

In 1517, an itinerant monk named John Tetzel came near Wittenberg to sell indulgences. This practice had been established during the Crusades as a means of raising money for the church. An indulgence was a letter that lay people could purchase in order to free a deceased loved one from purgatory. Tetzel traveled the country with his famous line, “As soon as the coin in the coffer rings, the soul from purgatory springs.”

It was this dreadful abuse of men and horrific lies about God that ultimately enraged Martin Luther. Desiring a public debate to discuss the topic, he penned his 95 Theses and nailed them to the door of the Castle Church in Wittenberg, for such an act was the manner in which one would initiate a public debate. Perhaps one of the most important of these theses is the very first:

When our Lord and Master Jesus Christ said, “Repent” [Matt. 4:17], He willed the entire life of believers to be one of repentance.

The true treasure of the church is the most holy gospel of the glory and grace of God.

Many may not realize that, at the time that he stood outraged against John Tetzel, Martin Luther was not converted. Though some argue that Luther’s conversion occurred in 1508, Luther himself says that his conversion took place in 1519. Luther labored over Romans 1:17, “For in it the righteousness of God is revealed from faith for faith, as it is written, “The righteous shall live by faith.” It was meditation upon this verse that ultimately led to his conversion. He writes:

In 1521, Martin Luther was summoned to officially recant of his teachings at the Diet of Worms in Worms, Germany. It was here that he uttered his now famous Reformation battle cry, “Unless I am convinced by the testimony of the Scriptures or by clear reason (for I do not trust either in the pope or in councils alone, since it is well known that they have often erred and contradicted themselves), I am bound by the Scriptures I have quoted and my conscience is captive to the Word of God. I cannot and I will not recant anything, since it is neither safe nor right to go against conscience. I cannot do otherwise, here I stand, may God help me, Amen.”

In 1524 Luther composed what is recognized as his magnum opus, The Bondage of the Will. Written in response to Erasmus of Rotterdam’s Diatribe on the Freedom of the Will, Luther’s words powerfully affirmed the great doctrine of divine, sovereign grace. “Luther argues convincingly from Scripture that the fall of Adam plunged the human race into sin. Thus, all men are morally unable to exercise their fallen wills to believe the gospel.”5

Martin Luther wrote many other works—544 total—and died of illness on February 18, 1546. He left behind a wife and six children, and a legacy of Gospel fidelity that will not soon be forgotten.

What was the Reformation?

Knowing now how the Reformation officially began, the curious man naturally will ask for further detail regarding the nature of the movement. To be sure, there were men far earlier than the sixteenth century who sought to see the visible church reformed and returned to the fundamental truths of Scripture. Men such as Augustine of Hippo, John Wycliffe, John Hus and others each contributed mightily in paving the road for what God would do during the time of the Reformation.

“The Reformation was, at its heart, a recovery of the true gospel of Jesus Christ.”6 As God raised up these chosen men, they did not see themselves as creating something new. Rather, they believed they were reviving what tragically had become dead. They turned to Scripture, and to the apostles and to the early church fathers to see how they might reshape the church to better glorify God.

The final four of these all flow from the first, sola Scriptura, Scripture alone. The Reformers taught without compromise that the authority of God as expressed in Scripture was the only authority that was to be followed. This stood in direct defiance to the Roman Catholic Church, which taught that their authority was found not just in Scripture, but also in man-made tradition, in papal authority and in church councils.

In addition to Martin Luther, some of the more well-known Reformers of the sixteenth century were Ulrich Zwingli, Hugh Latimer, Martin Bucer, William Tyndale, John Rogers and John Calvin. Of course, over time it would be shown that these men did disagree on some points of doctrine, just as true Christians today may differ over various issues. However, they agreed firmly on what lay at the heart of the Reformation, and that was the doctrine of justification by faith alone.7

How did Rome respond to the Reformation?

Eventually, the Roman Catholic Church began a counter-Reformation to respond to the challenges set forth by the Reformers. Their ultimate response lies in the decrees agreed upon at the Council of Trent, which took place from 1545–1563.

It was at this ecumenical meeting that Rome ultimately anathematized, or condemned, the biblical doctrine of justification:

Canon 9: If anyone says that the sinner is justified by faith alone, meaning that nothing else is required to cooperate in order to obtain the grace of justification, and that it is not in any way necessary that he be prepared and disposed by the action of his own will, let him be anathema.

Canon 24: If anyone says that the justice received is not preserved and also not increased before God through good works, but that those works are merely the fruits and signs of justification obtained, but not the cause of its increase, let him be anathema.

Canon 30: If anyone says that after the reception of the grace of justification the guilt is so remitted and the debt of eternal punishment so blotted out to every repentant sinner, that no debt of temporal punishment remains to be discharged either in this world or in purgatory before the gates of heaven can be opened, let him be anathema.

Canon 33: If anyone says that the Catholic doctrine of justification as set forth by the holy council in the present decree, derogates in some respect from the glory of God or the merits of our Lord Jesus Christ, and does not rather illustrate the truth of our faith and no less the glory of God and of Christ Jesus, let him be anathema.

The Christian will recognize that these condemnations of justification by grace alone through faith alone in Jesus Christ alone stand in direct contradiction to Scripture and amount to an anathema upon the Gospel itself. Romans 3:20–28, 4:3, 5:1, Galatians 3:1–3, Ephesians 2:8–9 and Colossians 2:13–14 are just a few of the numerous passages that address the various condemnations which Rome set forth at the Council of Trent.

Because the Roman Catholic Church did not find their authority solely in God’s Word as found in the Bible, they had twisted and perverted the Gospel to include the works of man as necessary for salvation. Such a gospel cannot save, which is why, in his days in the monastery, Martin Luther found himself hopelessly striving, yet never attaining, acceptance by God. The Reformation sought to reintroduce the heart of the Gospel—that Jesus Christ the God-man came to earth, lived the sinless life that man cannot live, and died a perfect, atoning death, taking the punishment that each man deserves. By repenting of one’s sins and trusting in Christ alone for salvation, a man will be imputed with the righteousness that is Christ’s, and thus will be seen as justified before God. Both faith and repentance are gifts from God, and once one is justified before God, he can know that he shall have eternal life.

Justification by grace alone through faith alone in Jesus Christ alone as revealed in Scripture alone to the glory of God alone—this is the essence of the Reformation and the reality of the Gospel.

7. The information contained in this article largely was obtained from the work of Steve Lawson’s Pillars of Grace: A Long Line of Godly Men, Volume Two.

*This article was adapted from the original post, “A Brief Reformation Day History and Some Reformation Resources.” 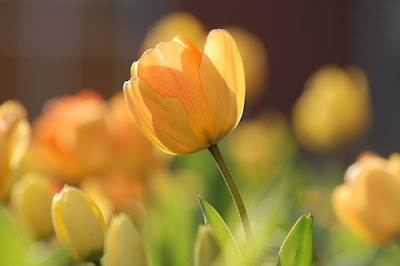 Thankful for the Word 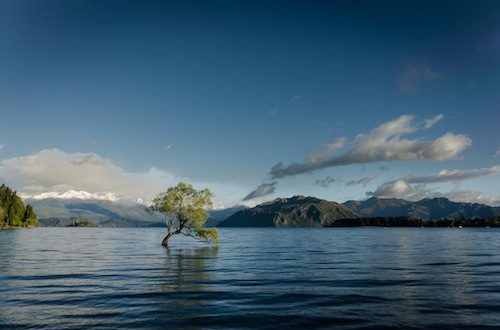 On the Dangers of Distorting God’s Grace