NEWPORT, Minn., April 10 (UPI) — A Minnesota woman who discovered what she believes to be an image of Jesus in a potato chip said she considers it to be an Easter-time sign of hope.

Carol Isaak, 67, of Newport, said she was snacking on a bag of ripple-style Clancy’s brand chips the night before Easter when she noticed a hole in the center of the chip had an unusual, but recognizable, shape, the St. Paul (Minn.) Pioneer-Press reported Tuesday.

Isaak said she showed the chip to her husband, Vern, and he immediately agreed the shape looked like Jesus Christ on the cross.

Isaak, who said her husband has recently experienced health problems, said she sees the chip as a sign of hope from above.

“I think it’s just a comforting thing telling me things will be OK,” she said.

Lori Wing, administrator of the Potato Association of America, said she has heard similar stories from Maine and Canada this year. She said markings on potato chips are caused by disease and rotting, not supernatural forces.

I realize this isn’t exactly earth-shattering news, but the blog seemed a bit lonely. A good, old-fashioned Jesus-in-my-snack-food sighting seemed like an appropriate light-hearted filler. There are a couple of things to note in this story, though. The first is that I had no idea there was such a thing as the Potato Association of America.

More seriously of note, however, is the sad sense of hopelessness contained in this story. The lucky muncher says that “she sees the chip as a sign of hope from above,” yet where does Scripture tell us our hope actually lies? Believe it or not, there is not one shred of Scriptural evidence that says that God will send miraculous signs in our snack food in order to give us hope. Rather, Scripture tells us that our hope lies in God Himself. The Psalms speak often of this.

Blessed is he whose help is the God of Jacob, whose hope is in the LORD his God, who made heaven and earth, the sea, and all that is in them, who keeps faith forever; who executes justice for the oppressed, who gives food to the hungry. The LORD sets the prisoners free; (Psalm 146:5-7)

Indeed, our hope is Jesus Christ (1 Tim. 1:1), the God-man, the Savior. Our hope is not in an image of Him, let alone an image on a potato chip! Declarations such as this one above as made by Carol Isaak are indicative of just how pathetic the visible church has become. The article does not indicate what type of church the Isaak’s attend (although I think I could venture a guess), but I can confidently assert that, whatever church it is, the Word of God is not being taught. If it were, such an ignorant and hopeless statement would never be made.

What if, in spite of this supposed “sign from above,” things do not end up “OK” for Carol Isaak and her husband? Will their faith shatter as easily as the potato chip wherein they have placed their hope? Most likely, and such is the result when we place our hope in anything other than Christ Himself.

Ultimately, then, this is not just a story about another ridiculous Jesus sighting. It is a story that reminds us that people, even “church people” or “religious people” need the Gospel. It is a story that ought to remind pastors to preach the Word. Point people to the true hope, Jesus Christ. 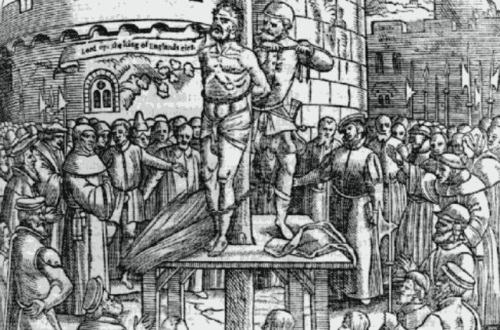 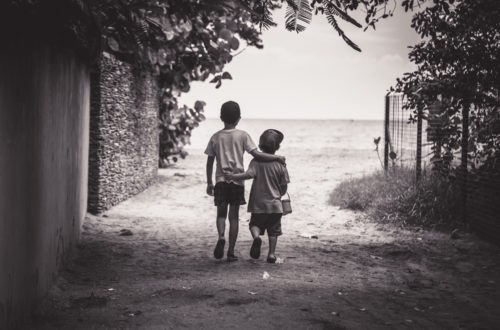 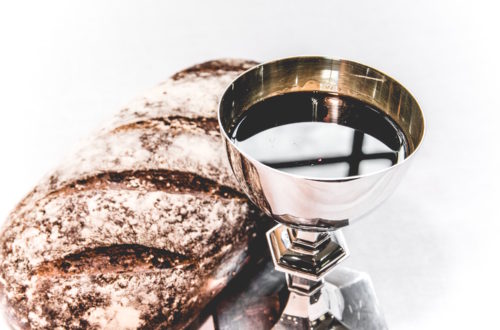 “Take and Eat” — A False Convert at the Lord’s Table